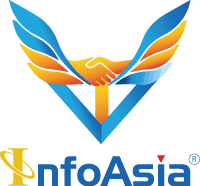 INDUSTRIAL NETWORK 4.0: WHAT ARE ENTERPRISES AND LOSS?

INDUSTRIAL NETWORK 4.0: WHAT ARE ENTERPRISES AND LOSS?

This revolution can change the whole picture of the economy, of course, it will greatly impact on key factors including: businesses and workers.

What advantages can businesses take in this revolution and what may be lost? How to minimize loss and maximize benefits?

The second industrial revolution began in 1870 in mass production with electric machines.

The 3rd industrial revolution began in 1969 on automatic manufacturing, marking the era of computers, computing and digitalization. The technologies we enjoy today such as satellites, airplanes, computers, phones, Internet … are the result of this revolution.

The 4th Industrial Revolution (Industrial Revolution 4.0) took place since 2000 on smart manufacturing based on breakthroughs in digital technology. The wave of digital technology has created breakthroughs in recent times such as cloud computing, smart mobile devices, artificial intelligence, big data, and everything connected to the Internet (IoT) …

With the emergence of robots with artificial intelligence, the more intelligent robots work, have the ability to memorize and learn immeasurably, while that ability in older people gets weaker.

Get ahead of the 4.0 revolution with undeniable benefits

In dangerous working environments, when robots are replaced in place of humans, the health and safety of workers will be significantly improved.

Supply chains can be more easily controlled with data at all levels in the manufacturing and supply processes. Computer control can produce more reliable and consistent productivity and output. As a result, businesses can increase sales, market share and more profits.

In addition, breakthroughs in digital technology have helped connect billions of people around the world, helping to recreate natural resources or even recover the losses caused by previous industrial revolutions. .

The advent and strong development of machines and internet devices has brought businesses many opportunities to break through. If you make good use of the advantages of this revolution, businesses can save a lot of money and time, improve working systems and improve business performance.

See clearly the limitations of the industrial revolution 4.0

According to Forbes, although the Industrial Revolution 4.0 paints a great perspective, it is not without some risks. Professor Klaus Schwab, founder and president of the World Economic Forum, author of the book “The Fourth Industrial Revolution”, said he was concerned that there would be organizations, businesses and even Even the government may not be ready for new and modern technologies. Governments will have difficulty recruiting and managing these technologies holistically.

He also mentioned that new technologies will lead to changes in power, causing security concerns as well as about the gap between rich and poor. This gap is likely to be widened only if not well controlled.

When robots and automation take the throne, millions of people will be unemployed, especially those working in transportation, accounting, real estate brokers or insurance. According to an estimated number, about 47% of current jobs in the US will probably disappear because of automation.

Accordingly, many concerns that the Industrial Revolution 4.0 will benefit the wealthier than the poor, especially the low-level workers.

“These changes will be so profound that never before in history has there been a time when people have so many opportunities and risks at the same time.”

For Vietnam, the Industrial Revolution 4.0 is clearly the trend of the world that we will be caught up in. It opens up many prospects for businesses but also poses challenges when the factors that Vietnam has considered to be dominant such as the young, abundant manual labor force will no longer be strengths. even seriously threatened by the development of robotic technology.

In the future, many people may lose their jobs when foreign businesses as well as large domestic enterprises pour money into investing robots instead of workers. Small and medium enterprises, due to insufficient resources, may have to look at the advantages of this revolution to slip out of hand, pushed out of the market increasingly fierce.

Before being constrained by the 4.0 revolution, businesses should be more proactive in the invasion of the 4.0 revolution. This is the current trend of the world, Vietnam will inevitably have a deep and wide influence in the future.

Robots may still be a remote perspective but IoT, digital technology, cloud computing, … are very real points, being presented in front of businesses. Many businesses have been well aware of the risks and potentials, bravely invested in technology, particularly the overall business management software system, helping to minimize manual labor saving human and material resources and having a further strategy in business development.

What has your business been, will and will do to face and overcome this 4.0 revolution?